What’s going on with the US$ 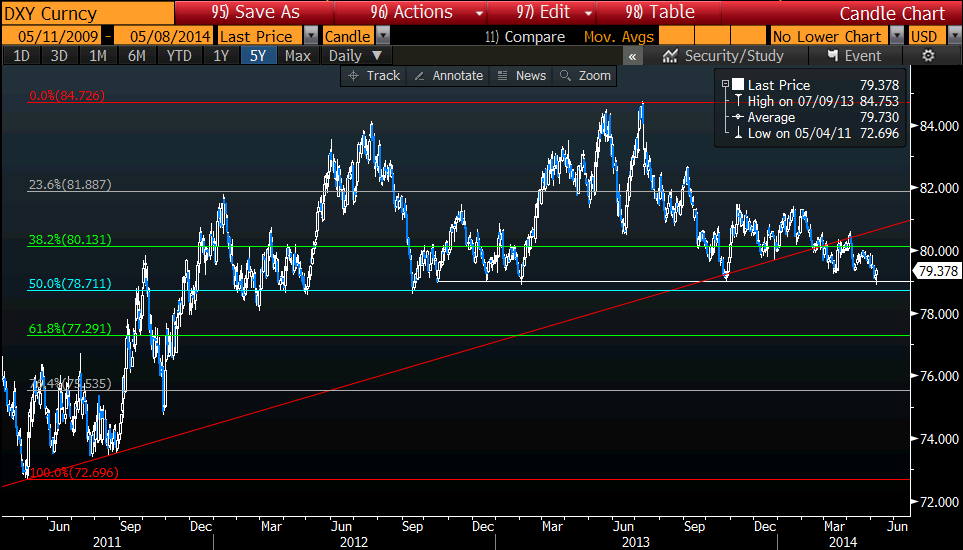 As you can see the US$ was in confirmed uptrend from the all time low in 2011 to last Summer (red diagonal line indicates).

However, since last Summer the $ has fallen to the White horizontal support line.  This has been support – from where it bounced several times – during the last 2 years.

Curiously, the $ rose sharply on Thursday and Friday just gone.  Is the bounce sustainable?

As Sterling based investors what has this meant for the $ : £ relationship?

The above shows the £ : $ price. You will see the £ has risen strongly since last Summer… as the $ has been weak, generally.

As far as we can see the media says the £ has been strong because the UK has higher growth right now than the US.

Maybe.  More likely, it is because the US$ has been weak, rather than the £ has been strong.

1. The US $ is sitting, right now, at multi year support from which it has bounced several times.

2. The £ : $ shows a weekly bar (candle in the jargon) last week which showed the £ rose strongly but ended the week on a low, near where it started the week.  Such a candle, with a top or bottom wick, has previously indicated a change of trend or confirmation of new trend, as shown by the arrows.

3. If the $ breaks below support then that’s probably it – $ dying and £ to rise further.

The level of the US$ is normally important to the level of US share prices and global commodity prices.

Jonathan Davis BA MBA FCII FPFS, Chartered Financial Planner, has the highest profile for an IFA / Wealth Manager in the public media in the UK. He is an Economist and managing director of Jonathan Davis Wealth Management, the firm which he founded in the early 2000s. From their London and Hertfordshire offices, they advise wealthy to very wealthy families across the UK and, indeed, on three continents. Find him at jonathandaviswm.com/ or on Twitter @J0nathanDavis "We advise based on what we would do, were we in your shoes, given what we know.”

What has happened to markets this year?

One year on from Article 50: What do UK managers think?

Avoiding coal in favour of joules this Christmas

2017: a record-breaking year for global dividends

Will the Japanese stock market stay above the 21,000 hurdle?

Investors behaving badly: five mistakes and tips on how to avoid them

All change in the car industry but how should investors react?

1. The Investment Currency Mechanism, the UK and the Financial Transaction Tax